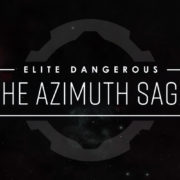 *Pilots Federation ALERT* An Alliance initiative has successfully prepared the Coalsack Nebula for exploitation and reduced the Thargoids’ presence. Traders delivered shipments of power generators, robotics, structural regulators and building fabricators, which will be used to help construct several new facilities in the region. The quantity of commodities received... END_OF_DOCUMENT_TOKEN_TO_BE_REPLACED

*Pilots Federation ALERT* Commodities and anti-xeno support are requested as the Alliance begins exploitation of the Coalsack Nebula. The Alliance plans to construct several new outposts in the Coalsack Nebula. From these, commercial and scientific operations will be conducted to locate fresh sources of meta-alloys and other potential sites... END_OF_DOCUMENT_TOKEN_TO_BE_REPLACED

Discoveries made two hundred years ago by an abandoned megaship have revealed untapped sources of meta-alloys within the Coalsack Nebula. The Adamastor, which was launched in 3111, returned to the Chukchan system from the Coalsack Nebula on autopilot with no traces of its crew. Thargoid barnacle sites were found... END_OF_DOCUMENT_TOKEN_TO_BE_REPLACED

*Pilots Federation ALERT* An abandoned megaship that set out two centuries ago has returned on automatic pilot to the Chukchan system. Local security forces were scrambled to intercept an unidentified vessel that was detected on a collision course with Chukchan 5 B. The megaship displayed no signs of life,... END_OF_DOCUMENT_TOKEN_TO_BE_REPLACED
Random News
Elite Time
Categories
Archives
Copyright : Frontier Developments - Website by Aymerix - Biobob